As described in the Concept of the Atlas of Switzerland, the new product line will be based on APS, a dedicated platform to create interactive 3D atlases. The core of this APS – the so-called APSglobe – consists of a 3D virtual globe (osgEarth) with basic tools for navigation, visualization, and querying. Since the atlas should run above all on Desktop devices, the Chromium Embedded Framework (CEF) serves as a browser environment. Equipped with a simple graphical user interface (GUI), the APSglobe is currently used by the Atlas authors as an internal sandbox for 3D mapping. In the present stage of prototyping, the APSglobe allows for implementing different kind of map themes, for map symbolization, and for functionality testing.
In parallel to this intermediate atlas prototype version, a responsive atlas GUI is developed by means of interaction design methods (IxD). Subsequently, the APSglobe and the GUI will be interconnected, and finally published as the new product Atlas of Switzerland – online. 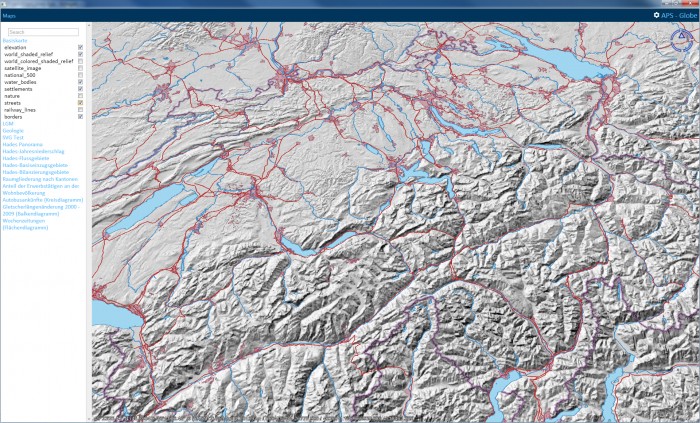 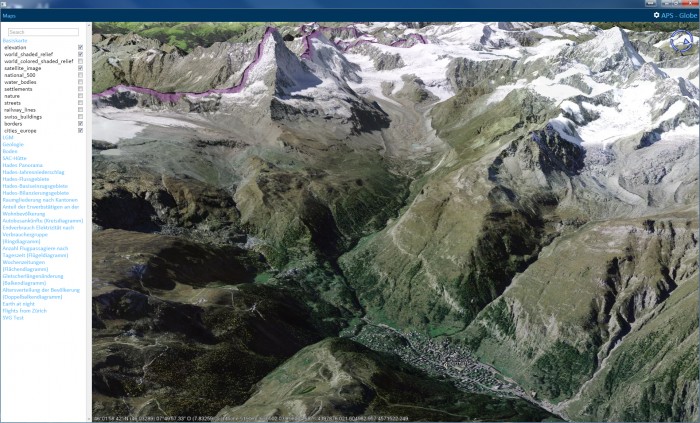 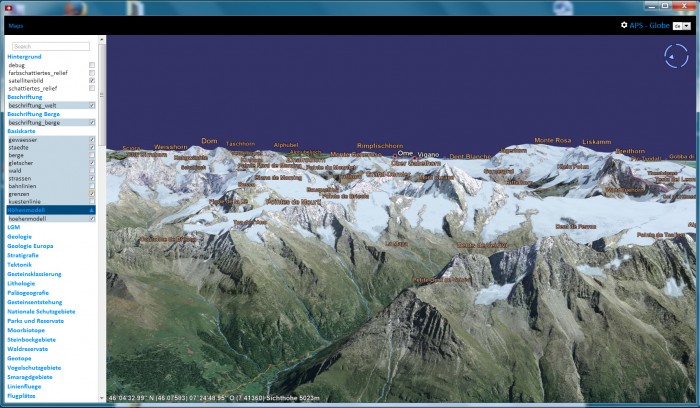 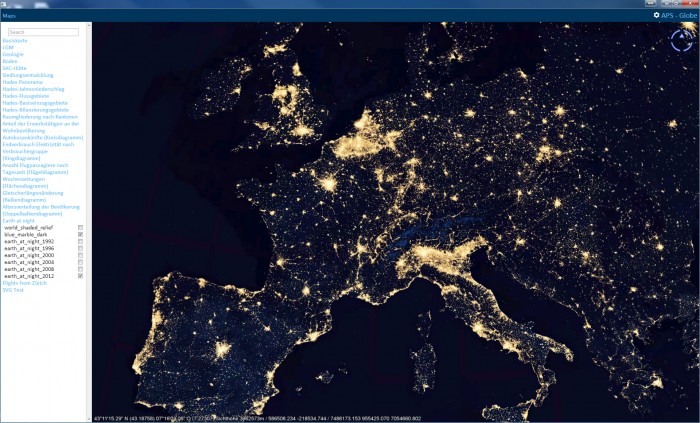 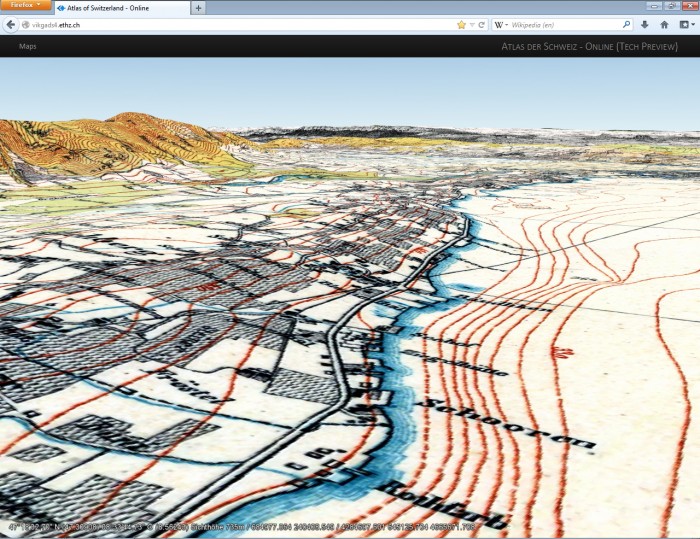 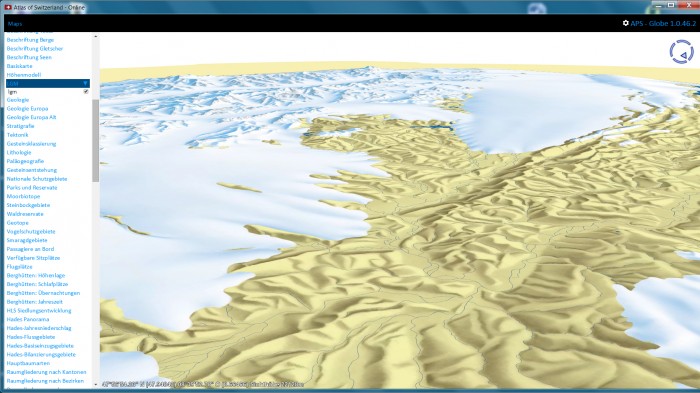 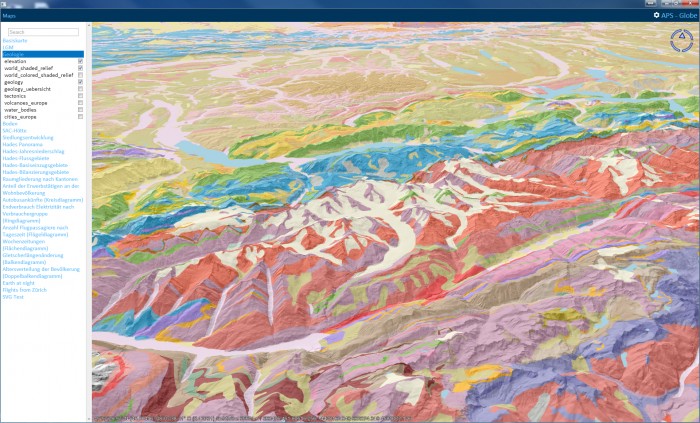 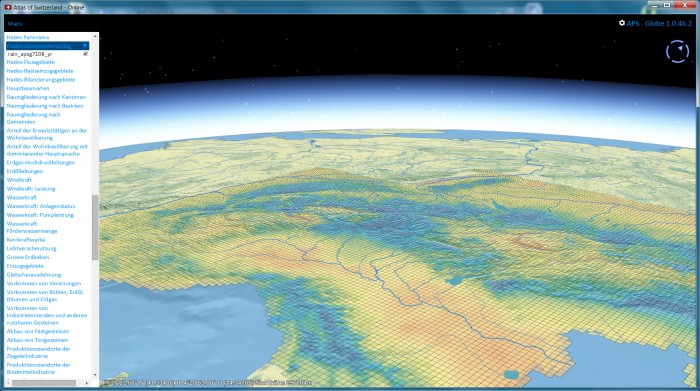 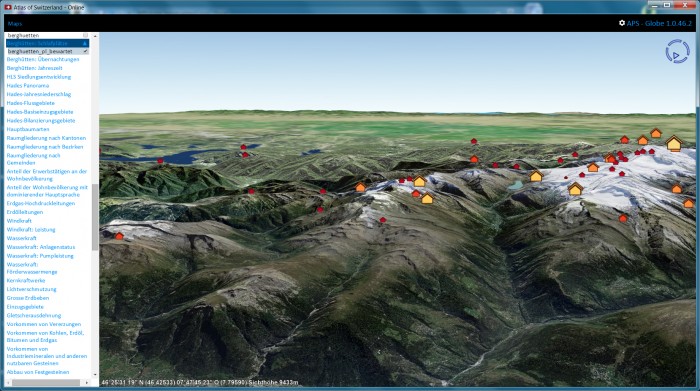 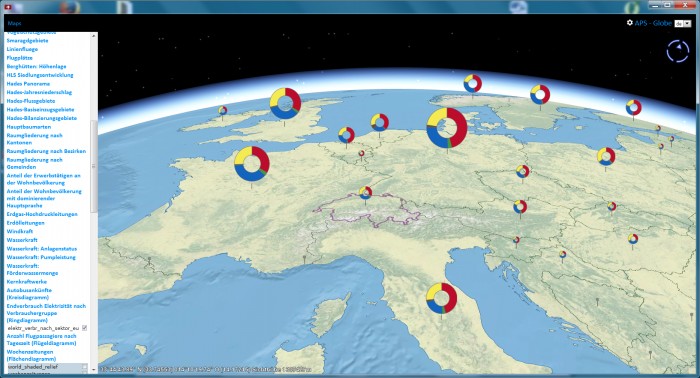 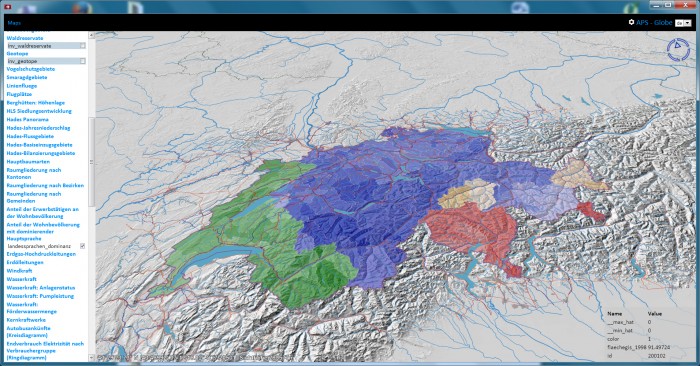 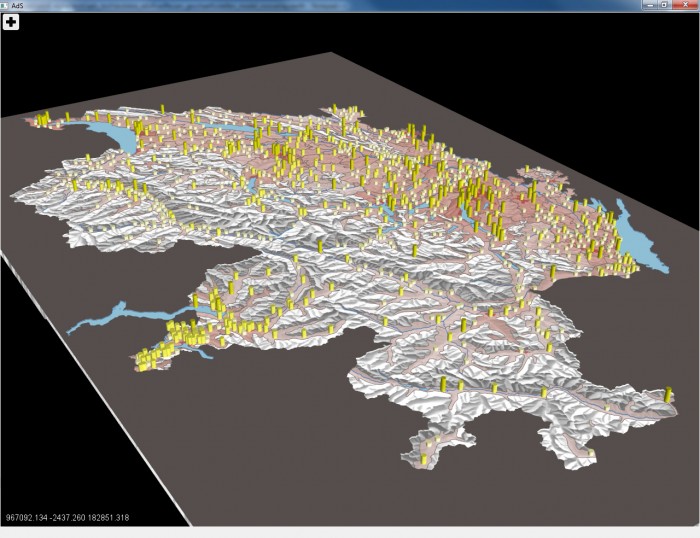 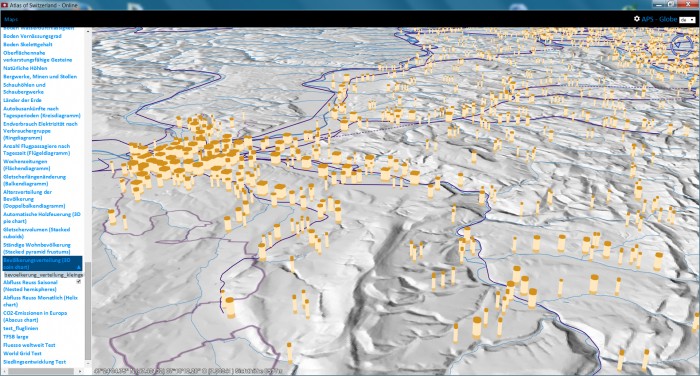 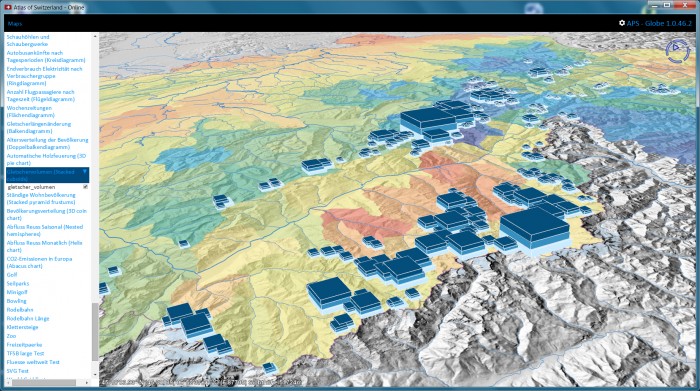 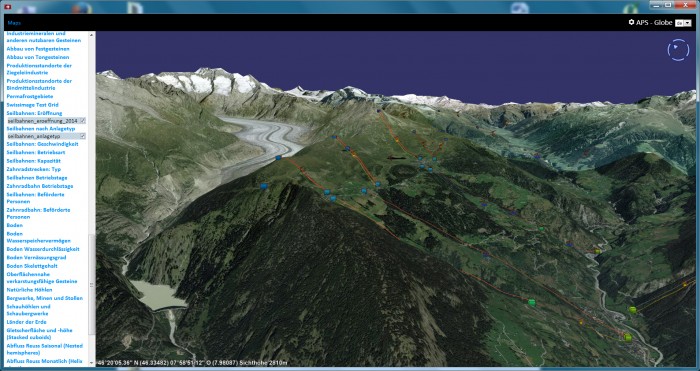 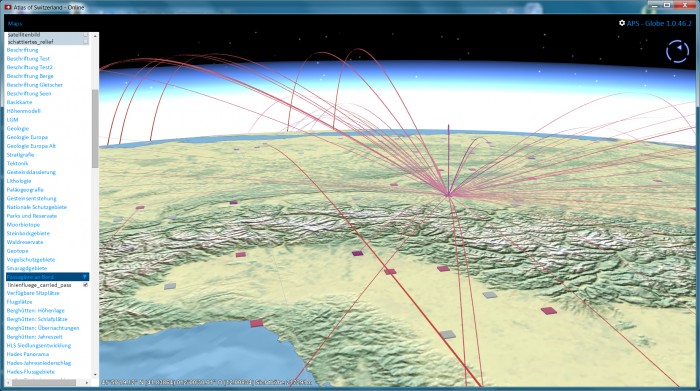 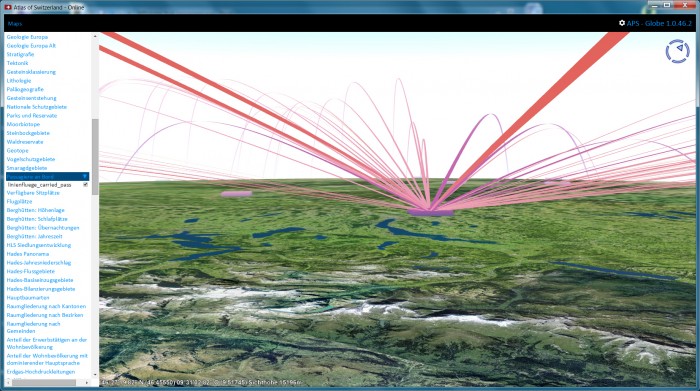