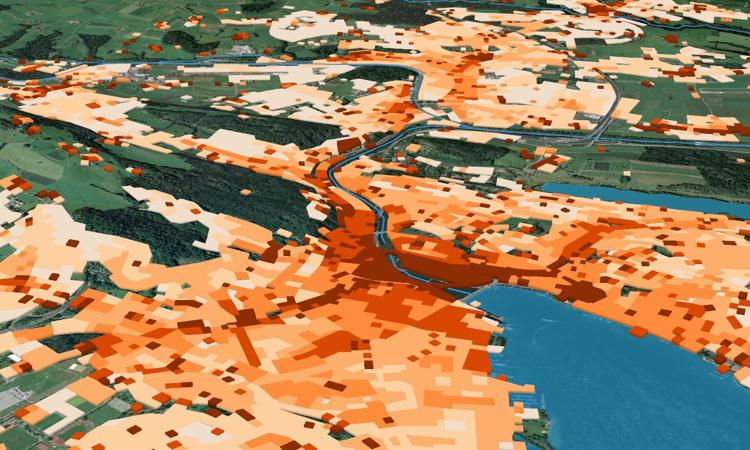 In its initial phase, the development of settlements in the 19th and 20th centuries was characterised by increasing urbanisation as a result of industrialisation and its associated rural exodus. The second phase featured de-urbanisation. These two opposing processes resulted in a significant increase in urban surfaces. As well as the construction of homes, thoroughfares were also built.In the

View map in the atlas